Looking for used car and you can not find from current Used Car Korea Network listing?

Please click each below most popular used car stores in Korea, just like local Korean buys a used car !

* Once you find any car you like from below stores , please connect to +82 10 7653 0828
whatsapp number and share the link. Our agent will guide you and do following process:

*Please see this video how to copy and paste URL from encar.com

Please fill out below form and submit. Our domestic team will try best to look for your used car inquiry.

* Please note we can not guarantee its availability.

Once we find your used car need then our sales agent will notify via email and what’s App.

What Will be Inspected and Reported?

Type of vehicles available for inspection

How to Request an Inspection ?

Choose a vehicle and book it. Ask for an inspection to the International agent and get the invoice of the Inspection fee. After you pay the fee, you will get the report within 5 business days.

You will get an invoice of the Inspection fee, USD 99 and you will have to pay the fee before getting the inspection.

Terms of Payment: T/T to Used Car Korea Network bank account or PayPal
*The payment will be made prior to the inspection.

As we take care of the inspection in order to grant you a reliable and comfortable buying experience, there are a few exceptions you should know.

Please see below:
1-Serious damaged car/vehicle
2-4WD malfunction
3-Incorrect information of the vehicle, such as: Engine volume, VIN No, options/features
4-Sold out cars/vehicles

This Vehicle Inspection Report checked by Used Car Korea Network is for customer’s reference only which aims to notify the details of the vehicle’s working status at the time of inspection. Please note that this report would describe the current condition at the time of inspection in the place of location however it would not guarantee any quality or future condition. When the vehicle is sold, it will be sold “AS-IS” in their current status without any warranty or guarantee of future quality.

Basic document will be sent without extra fee.

Additional document :  will be sent upon request with extra fee.

You might have noticed that many sedans in South Korea are using LPG (Liquid Petroleum Gas). YF Sonata and K5 LPi are very popular in South Korea, since LPG is much cheaper than gasoline in Korea. Therefore the Korean Manufacturers, Hyundai and Kia have developed LPG engines during a long time and now they have boosted their highest quality of new type of engine, called LPi (Liquid Propane Injection). LPi engines inject LPG directly to engine as a GDI (Gasoline Direct Injection) engine. So it has better fuel efficiency and power than LPG engines which vaporizes gas into the engine. Moreover, LPi does not have ignition problem which was one of the main complaints of LPG engines.

LPi engines have been installed into Hyundai NF Sonata, YF Sonata, Avante, Kia Lotze and K5 since 2004. These cars were very common in Korea, they were mainly used to be Taxi cars, Rental cars and Handicapped vehicles. Since LPi and GDi engines are similar among each other, many overseas customers prefer to convert fuel system from LPG to Gasoline and enjoy the price benefits of cars. Fuel Conversion (LPG to Gasoline) is one of the most common works for exporting cars. You can get fuel conversion (LPG to Gasoline) at reasonable price with USED CAR KOREA NETWORK

-Change of ECU settings from LPi to Gasoline

-Exclusive use of Genuine Hyundai or Kia Parts

Please get a full quotation of LPG to Gasoline from one of International agent.

Want to Save Shipping Cost?

Container shipping is the most secure and efficient way to save shipping cost. Just choose whatever items you want on Used Car Korea Netwrok and ask our staff to handle all those items on behalf of you. We will gather all the items you need into the Container Yard and ship them safely into container.
All the transaction will go through Used Car Korea Network service! And you will get a full customer support throughout the deal! Do not worry but relax.

Use Used Car Korea Netwrok as your agent! We will work for you as your agent here from money handling, shipping arrangement, document handling and even the verification of information!

Get the best deal from Korean suppliers!  Used Car Korea Network will find out the best price from each suppliers.

For further assistance, please send your quotation request at each listing page. Our international agent will respond your inquiry earliest. 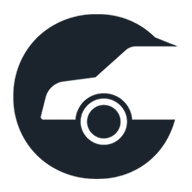 Install this UsedCarKorea.Net on your iPhone

and then Add to Home Screen